Well, Then, I'll Go To Hell 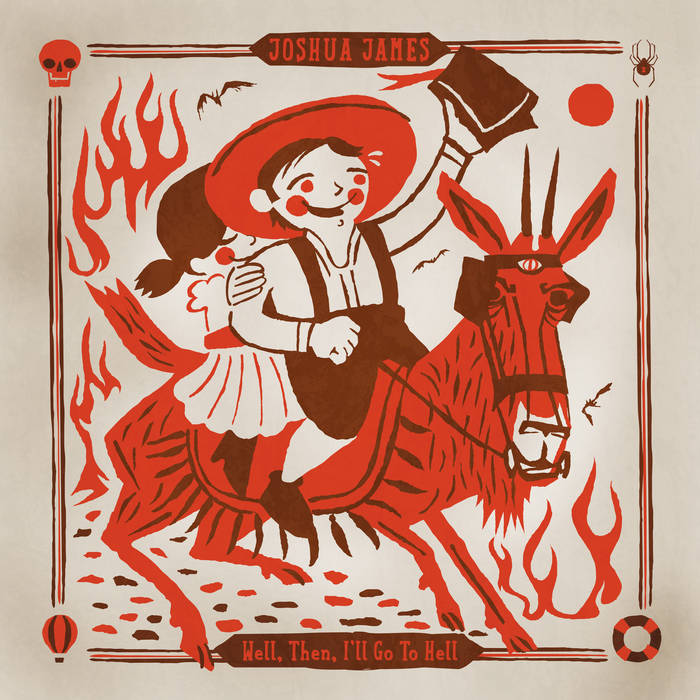 I was 16 years old the very first time I listened to Modest Mouse. The Lonesome Crowded West was left at my home in Lincoln, Nebraska by someone’s cousin. Of course, he was from California, where people knew “things” about music. Up until that point in my life it was Jim Morrison and John Lennon. There was no time for modern music when I was growing up, I never saw the point. Everything I needed to learn was lying between Beggar’s Banquet and Revolver. I didn’t really know how to think after I listened to The Lonesome Crowded West for the first time. I was confused. An emotionally distraught teenager should never be allowed access to a potentially unlimited amount of money, and I wasn’t. I stole my mother’s credit card and went to the local record store where for $38.97 plus sales tax I bought “The Moon and Antarctica”, “This Is A Long Drive For Someone With Nothing To Think About”, and “Building Something Out Of Nothing”. I haven’t had a musical influence that has matched the potency since that day. The deviancy of my childhood was painted with Isaac Brock’s voice.
Traveling the country to sing for strangers had become somewhat of a “norm” in the life of both Evan Coulombe and myself. It was 2010 and we were livin’, we would travel from one city to the next in a 2001 Ford Econoline van, pedaling records and singing for people whether they wanted to hear us or not. There is nothing normal about it (traveling as such). When you return home from living life like that you begin to feel empty when you’re not singin/playin/pedalin. I found that the time I spent at home was my darkest time. The time in which I would stir the most. The conclusion I came to was that the time at home wasn’t what was cankering me, it was the fact that I wasn’t creating.

Evan never liked Modest Mouse; I still don’t think he does. I told him that I wanted to record some old songs that were highly influential on me as a teenager, and that most of them were Modest Mouse tunes. He seemed disinterested, but I found with a bit of arm-twisting that he agreed to help me. The first song we did was “Baby Blue Sedan”. We did it in a couple of hours inside of Willamette Mountain. The goal was to record a song a week, quickly, and with no prior plan, we agreed that it’d be best if we both played all the instruments on the recordings, and that we didn’t take it too seriously. If you listen to the recordings you will notice that there are some "mistakes" Over zealous emotionites coming through the fingers or the throat. During “Styrofoam Boots” I sang “devil” instead of “telephone”, that’s what I always heard when I listened to that song growing up. When we recorded it, we did it in one take and right after I sang it, I realized the mistake. But, we both liked it (the take), so we kept it. It doesn’t really matter anyways. I was happy singin. That was the point.

“Well, Then, I’ll Go To Hell” comes from an indirect quote from Mark Twain’s “The Adventures Of Huckleberry Finn. People, at different times throughout history, have a notion of what we SHOULD BE, what society SHOULD ACT LIKE, how we should WALK/TALK/EAT/ACT (SING). But, it’s all hogwash. We got 20/50/80 years to live. Just sing something. Write a book. Build a chair. Do what you feel you need to. Because by GOD! Singin’ these songs sure beats the darkness.

Bandcamp Daily  your guide to the world of Bandcamp

Serena Cherry debuts her black metal project, plus a Pick from the Crypt block from Svalbard